This blog post is not politically motivated in anyway. I have written it as a response to the reaction that I witnessed after the results of the vote. The point of this blog is not who is right and who is wrong because none of us know the answer to that. As some of you know by my Facebook post some peoples reactions made me and many other people very sad and tearful. People have asked me to expand on that so here it is. It has no reflection on how I voted.

On Thursday 23rd June over 71% of The United Kingdom voted in the EU Referendum. By a relatively slim margin the conclusion was to leave the European Union.  When I woke up on Friday 24th June at 5.30 to the sound of the television on downstairs and my Husband not beside me, I called down the stairs from the sanctuary of my bed and asked him if there was any news. “By the looks of it we are out”. “Pardon?” “We are out!” Being a hypnotherapist I associate my brain with hypno talk. My brain went from the intellectual mind to the amygdala in the primitive mind so fast it actually took my breath away. My stomach turned, my heart started beating too fast and I got a bit of a sweat on! The fight or flight 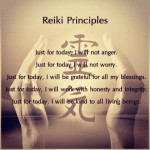 button had kicked in but I couldn’t run. So the intellectual mind took over and I went to make a cup of tea! I practise Reiki every day and however difficult it is to live by the Five principles I really do try and do my best. Today I will not anger, today I will not worry, today I will be grateful, today I will do my work honestly, today I will be kind to every living thing (which generally means being kind to everything – even stones!) I trust in the Universe and I trust mankind. My attitude – ok this is a shock BUT we have voted, we are a democracy (thank goodness) and we are out. Despite what people say, we are not out of Europe we will still be in the Commonwealth, NATO and Europe but we will not be governed (or protected) by European laws. Fear not, we will still be playing football in the Euros and we will still be in the Eurovision song contest! Everything will be ok. It might get a bit tricky along the way and the employees of the EU in the UK are one of many who are going to be heavily affected but we HAVE to believe that all will be well. We have not collapsed or disintegrated for thousands of years, we are not going to now.

Then! The day started proper. I got on my ipad to look at social media. Because of my job, I spend a lot of time promoting my business on Facebook, Twitter and Instagram. I have to say what I saw terrified me. Really really frightened me. The horrendous reaction and responses from people – some of whom I called my friends was so vicious I struggled to get through the day. I am still struggling now if I am honest. I totally understand the knee jerk reaction from people who do not agree with the decision. It is what our brains do but to publicly racially abuse and spout your bigoted behaviour towards the people who voted out was absolutely hideous. To publicly call them thick and stupid was repulsive, to tell the “outers” that they will have to deal with the consequences of their actions was beyond sad. To tell the “outers” that they had not thought of the consequences for their children or the next generation after that was so mind blowingly hypocritical it would have made me laugh if it wasn’t so awful. My concern for those people was not to worry about leaving the EU for the sake of their children but to look at themselves, at their own parenting skills that says it is ok to abuse people with different views with such vile language and hatred in turn bringing up their children with the same attitude as them. Calling “outers” bigots and racists yet its ok to be racist and bigoted towards your own fellow countrymen??

Whilst I agree that 16 year olds should have been allowed to vote, why was it not ok for over 50’s, 60’s, 70’s to vote. Is democracy only for the elite? Do the older generation who are far wiser, some of whom fought wars for us to have a vote become obsolete when it comes to the EU? It was instilled in me from such an early age to respect your elders. My parents are still alive. Two people who have brought up four children, worked their socks off to give us what we needed. Love us unconditionally. The two people who I think about constantly, who I miss when I am not with them, who make me smile when I look at photos of them, who also drive me to distraction  but who I respect more than anyone else are now obsolete are they? Their opinion counts for nothing? Many of these people did not vote how THEY wanted to but how it would affect their children and grandchildren.

For the people who voted out. If you did it “to get rid of the foreigners”. It is not going to happen. Voting out is not going to make immigration any less is it? Not that I am aware of anyway. We will still get people into our Country. In the same way that we will leave our Country to go elsewhere. I will admit, I can feel quite claustrophobic when I go into Ipswich and not hear anyone else speaking English. BUT! When I go abroad I don’t speak their language. In fact I get quite uptight when THEY don’t speak English in THEIR Country! These “foreigners” don’t “take” our jobs. They apply for them like everyone else. Our Hospital is full of these “foreigners” doing fabulous work for our NHS. Doctors, nurses, porters, cleaners, administration officers, researchers, radiologists, surgeons……….

I think people get confused with immigrants and refugees. A friend of mine (a very wise friend) said to me the other day about the Syrians coming over. What exactly have we done to help them. During the second world war we had Auschwitz a prisoner of war concentration camp of which 90% were Jewish. I do not need to go into the details of what happened in that concentration camp. We know. People who lived near to Auschwitz knew what was going on but did nothing. Some were scared, they had their own lives to deal with. It is

after all easier to turn a blind eye. Is this what is happening in Syria? The persecution of Syrians is so bad they risk their lives and the lives of their Children to leave their beloved Country because they are too terrified to live there anymore. These are professional people. We have all seen the photo of the two year old who drowned being washed up on the beach. What did we do? I cried but I didn’t do anything else. I haven’t opened up my home to Syrian families. To be honest it is a bit of a squeeze with the four of us but we could sort something out. Will this go down in history as a Syrian persecution and we did nothing to help? The question is, what have 48% of the “remainers” done to help? Anything? Yet the “outers” are still racist and bigoted?

3 million people (at the time of writing this) had signed a petition for a re-vote on the referendum. This would also be laughable if it wasn’t so awful. The vote didn’t go the way it should have done so lets throw our toys out of the pram and demand a re-vote. What is all that about? Shall we just keep re-voting until the end of time? I have since seen Battle of Hastings re-fight petition, if England loses to Iceland in the Euros there must be a replay, redraw the National Lottery because I didn’t win! Oh come on, that is funny! We live in a democratic Country, we cannot change the rules just because things didn’t go your way!

If this blog means that one person apologises for their behaviour then I will be happy. Sincere apologies with no “buts” afterwards. None of us are perfect. I am sorry. I am really really sorry for having bad thoughts towards people who I considered my friends and I am really angry at for being frightened and upset. I am really sorry if this didn’t go the way you wanted it to. 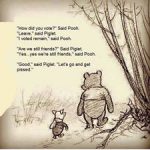 I am a very strong believer in trusting the Universe. For putting our faith into all of us. I am frightened. I truly am, not at the result. Like I said, I trust we will be ok, perhaps be a stronger Country. It will take a while to get through this. We live in a culture that does not take responsibility for its actions, who blames everyone else but themselves and give up at the first hurdle. People will take a while to work together but I believe that we will because I can and must for my own mental and emotional health believe that the majority of us are tolerant and kind, helpful and loving. We are the UNITED Kingdom. So let’s buck our ideas up, get rid of the blinkers, open your arms and repeat after me…. We are the UNITED Kingdom and we are GREAT.

I love you all xxxx